The Chinese cultural values of guānxi (关系), miànzi (面子) and rénqíng (人情) are essential when doing business in China, but may be challenging concepts to grasp for those in the English-speaking world. Gao Hongzhi, a researcher of the role of guānxi in Chinese-Western business relationships, explains the three principles.

Gao Hongzhi: Guanxi is a cultural concept in China, with its roots in rural society – where people have known each other for generations and there are strong family connections. Guanxi is about looking after each other. It’s quite strong in-group thinking.

In China-New Zealand trading, New Zealand exporters need to build strong guanxi with Chinese importers. People who know nothing about guanxi might say: “Oh! Relationship-building is what we do in business, anyway. We do business with Americans, Australians, Europeans. We all need good relationships. Why does guanxi matter?”

Guanxi comes from the personal bond first. Then the business relationship comes in. Guanxi starts with people making friends, even though there may be no instrumental benefits in it. When a foreign company goes into China, the first thing you need to do is start to network, meet people, and build good guanxi. And then, when the personal relationship is strong enough, you can trust what other parties say and start to use contracts, almost to secure promises.

“Guanxi starts with people making friends, even though there may be no instrumental benefits in it.”

In China, the legal systems are still not well-developed. Many contracts are not well-enforced, either by the companies in the relationship or by legal powers. In that regard, relying on legal protection is a business risk for companies operating in China. Strong relationships between business partners, between managers and employees, between exporters and importers are important.

What is guanxi gatekeeping?

The concept of gatekeeping comes in when there is a boundary between two groups of business networks. A New Zealand firm will get into the Chinese market as a member of a foreign network, because New Zealand companies normally don’t go into China on their own.

Quite often, Kiwi companies go in with partners they’ve already developed a relationship with. It might be somebody from an international business community, such as a US company that’s already in China and belongs to a foreign organisational network.

In that case, we need a gatekeeper, a member of both networks. A lot of Chinese students who have studied in Western countries become gatekeepers. Quite often they are employed by foreign organisations, because they know the Chinese business culture well and they already belong to Chinese networks.

Guanxi is about building a relationship at the personal level first; then talking about business. That’s why the gatekeeper starts to interact with the Chinese client at the personal level, building a certain level of personal trust. Official business meetings will then be easier to facilitate and the contract can be easily negotiated. If there’s a problem with the contract, it will be radically easier to reconcile. Can somebody of New Zealand origin become a gatekeeper?

Yes, and they already exist. In my interviews with gatekeepers working for New Zealand companies, about half are of Chinese origin and half are of New Zealand origin. For example, the Kea expatriate network is very active in China. Members often network with each other, and many work for high-profile companies such as IBM.

As long as you can find somebody who has a certain status recognised by Chinese clients, that person can be your gatekeeper.

Mianzi is a social currency in China to do with the status of a person in a local community. Quite often it’s to do with the title of a person in relation to an organisation. Mianzi is socially constructed, which means it has to be evaluated from a social perspective. Who has got mianzi from a New Zealand perspective? New Zealand government officials.

What does mianzi mean in a business context?

Seen from a Chinese perspective, the position of a gatekeeper is about face, mianzi. How do you get mianzi in China? First of all, your title and hierarchy matters. From my interviews, I know the New Zealand Embassy and Consul-General have been active in supporting New Zealand exporters to break into Chinese networks. Quite often they visit clients with exporters, to give mianzi to Chinese clients and Chinese government officials. When Chinese government officials see a high-profile person from New Zealand, they see that it’s important.

“In Western contexts, we talk about saving face. But we don’t understand what gaining face means.”

When we talk about status, we talk about face-work. In business meetings or informal gatherings, you need to know how to engage with other people, to give them mianzi.

In Western contexts, we talk about saving face. But we don’t understand what gaining face means.

Gaining face is just the opposite of saving face. Saving face means you want the other person to avoid an embarrassing situation. But giving face gives the other party a sense of respect; makes them feel important.

Giving face is relatively easy. It’s about symbolic interactions – a few Chinese banquets, as long as you know how to drink Chinese spirits ... you know, bottoms up!

What is renqing, and where does it come in?

Renqing means an exchange of favours.

Let’s say a software company has been developing an app that’s successful in New Zealand. They take that to China but don’t have much resources or relationships there. Compare it with Tencent, which is a huge company. In this case, no matter how many symbolic interactions you’ve had or how many dinners you’ve had drinking with people there, you have nothing substantial to indicate that you are good enough to work with.

In this case, you need renqing. You need somebody who knows the Chinese party well, and has already built strong guanxi with the decision-maker. It’d be even better if that person has already had an exchange of personal favours with that client. The client has an obligation to at least listen to that person.

Strong renqing means strong accumulation of personal favours exchanged in the past. In China, they call it social currency. In China, the relationship is sometimes more valuable than the deal. (Photo: 123RF)

Is guanxi really different from networking anywhere else?

If we think about New Zealand companies in the UK, you still need to build strong relationships. In that regard, the fundamentals are similar.

But there will be some cultural variations. New Zealand is quite individualist; we don’t want to rely on an external party. It’s a challenge for New Zealanders to develop a relationship with a collectivist society like China, where the relationship is sometimes more valuable than the deal.

Let’s go back to fundamentals. Why do we have to be so concerned with guanxi in China? I put it down to the institutional environment, built around rural, closed, agricultural society. China, as a historically agricultural country, was a feudal society for a long time. People are fixed to the land and don’t move around. Who you know is more important than what the rules are. Legal institutions are still not fully developed, which makes relational governance is important.

When relational governance becomes less important, legal governance becomes takes precedence. Guanxi is still very important in northern parts of China. But in the south, it is more market-focused. When people go to Shanghai or Guangzhou they tell me, “Oh! This is like the West!”. That includes the language used and the norms applied in the business setting. One of the key reasons is the institutions in those segments of the market.

That’s why we should never say China is just one country. Legally and politically it is, of course. From a business perspective though, you see almost several kingdoms, several different important markets. You develop your strategy according to where you go.

Gao Hongzhi is Senior Lecturer, International Business, at Victoria University of Wellington, and co-author of Toward A Yin-Yang Perspective of Relational (Guanxi) Gatekeeping in Business Network Management in China. 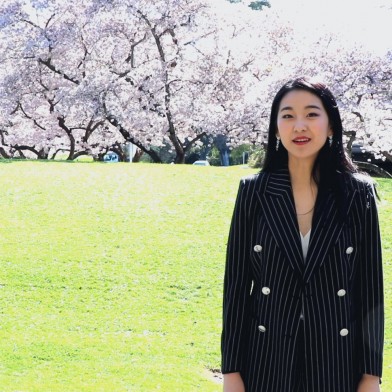 Video
PronouncingChinesenames
Video: What are the most common Chinese family names, and how do you pronounce them? Watch this quick guide by a Christchurch student. More >
by 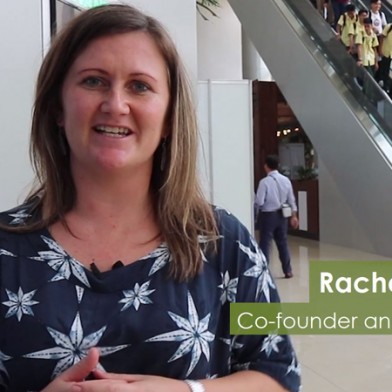 Video
BusinesstipsforthePhilippines
Rachel Strevens: “Get somebody you can partner with and get an understanding of the local culture and some of those nuances.” More >
by 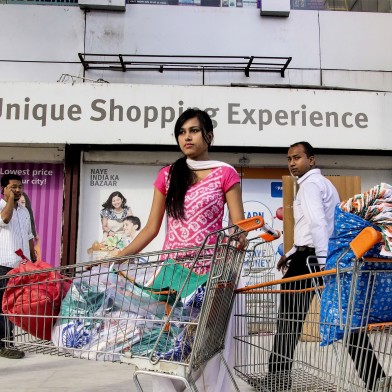 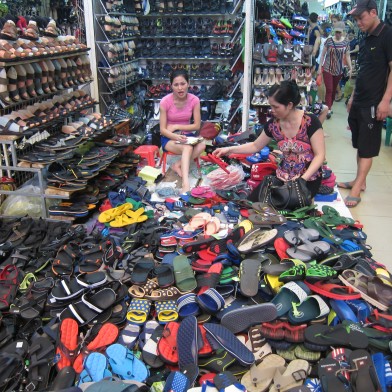 Opinion
Tips:BusinessinVietnam
Brendon Urlich shares his views on Vietnam's potential - and some of the challenges. More >
by Brendon Urlich