The labyrinth of alleys and lanes in the old city of Suzhou hides a secret: historical fragments of the long history of Islam in China. Regular stories in the international press highlighting the treatment of Muslims in the Xinjiang Uighur Autonomous Region tend to obscure the fact that Islam was once highly regarded by Chinese emperors.

From written records and imperial edicts engraved on steles (standing stone slabs monuments) it is clear that these Islamic communities enjoyed the favour of the emperors – especially during the Tang (618-907 AD), Yuan (1271-1368), Ming (1368-1644) and Qing (1644-1912) dynasties. Islam was looked on favourably by the imperial court because of its ethics, which – as far as the emperors were concerned – promoted harmonious and peaceful relations between the diverse peoples in the imperial territories.

Before the Panthay and Tungan rebellions in the second half of the 19th century in western China, when millions of Muslims were killed or relocated, Islam was considered by Christian missionaries in the country – and particularly by Russian scholars – as a growing threat. Islam was considered by many in the west to have the potential to become the national religion in China – which would have made China the biggest Islamic country in the world.

Islam and China: a special connection

Today, Suzhou is a vibrant, wealthy city of 12 million people only 20 minutes by high speed train from Shanghai. What remains of “Islamic Suzhou” lies just outside the city wall to the north-west. There is only one active mosque: Taipingfang, in the northern commercial and entertainment district of Shilu. 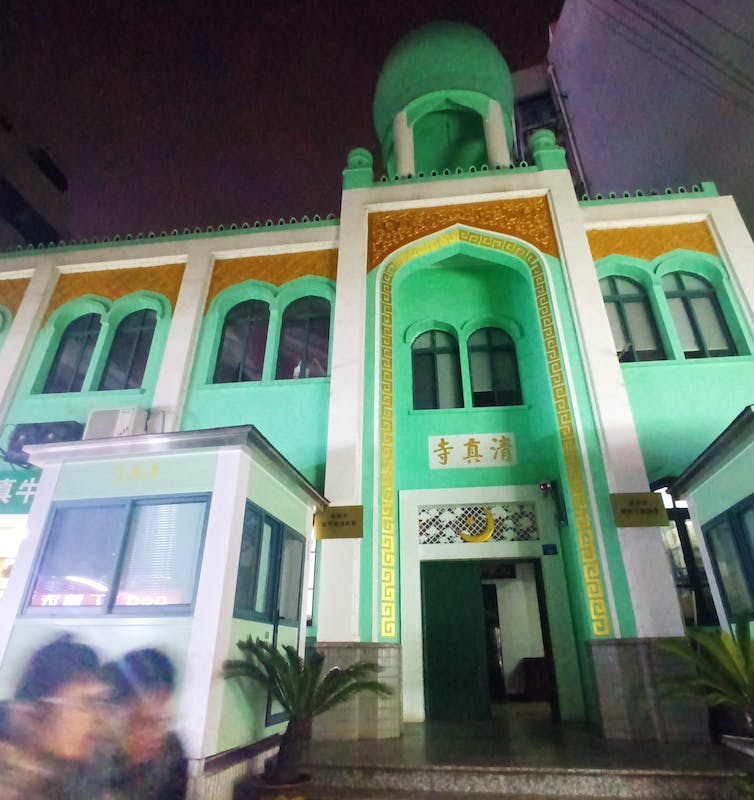 Taipingfan: the only remaining mosque in Suzhou | Photo: Alessandra Cappelletti

Taipingfang was restored in 2018 and is where local and visiting Muslims go to pray. It’s in a busy part of the neighbourhood, squeezed in a tiny alley, surrounded by small restaurants and hotels, canteens, food stalls and butchers catering to Uighur and Hui Muslims. The butchers of Taipingfang – like those in Beijing’s Niujie area where the majority of the city’s Muslim minority lives – are popularly thought to sell the best meat.

Before 1949, Suzhou had at least ten mosques of various sizes and social importance. Many of them were vast buildings with precious furniture and sophisticated decorations, while others were smaller intimate prayer rooms. One of them was a women’s mosque presided over by a female imam. 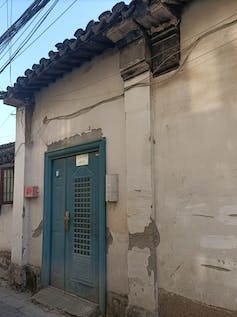 The surviving entrance to the only women’s mosque in Suzhou | Photo: Alessandra Cappelletti

The women’s mosque, Baolinqian, was one of a cluster of four mosques was built during the Qing Dynasty, all connected to the wealthy Yang family inside the city walls in the north-western part of the city. Built in 1923, it was established by initiative of three married women from the Yang family who donated the building and raised funding from other Muslim families to turn it into a women’s mosque. During the Cultural Revolution (1966 to 1976), the mosque’s library, containing holy scriptures, was damaged and the building was turned into private houses. Nothing remains today to show it was a mosque.

Another Yang family mosque, Tiejunong, was built over three years during the reign of the Qing emperor Guagxu, from 1879 to 1881. It was the biggest in Suzhou with an area of more than 3,000 square metres, featuring seven courtyards. The main hall for Friday prayers had ten rooms and could hold more than 300 people. The courtyard included a minaret and a pavilion in which was housed an imperial stele. 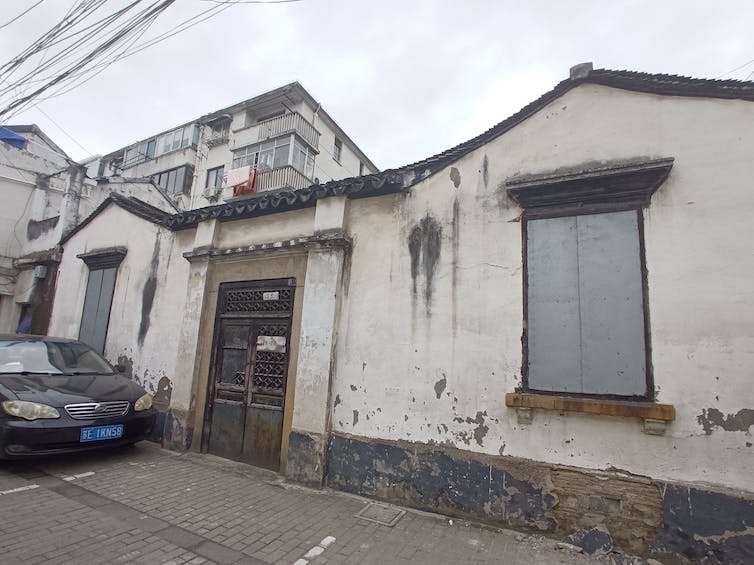 The side entrance of the former mosque building in Da Tiejunung – which was converted into a middle school during the Cultural Revolution | Photo: Alessandra Cappelletti

Now a middle school, Tiejunong is recognisable from the external architecture and an ancient wooden engraved side door. Beyond a monumental entrance, there is still the idea of the main courtyard surrounded by trees. Now there is a huge football field, and the trees on the sides of the walkway are still visible from their chopped trunks. The ablution area covered by blue tiles clearly shows the past presence of a mosque.

Tiankuqian Mosque was built in 1906 and is now inhabited by poor city residents – most likely as a result of the practice during the Cultural Revolution of reallocating large, aristocratic or religious buildings as living accommodation for indigent families. The mosque used to cover an area of almost 2,000 square metres, with a main hall, a guest hall and ablution room. 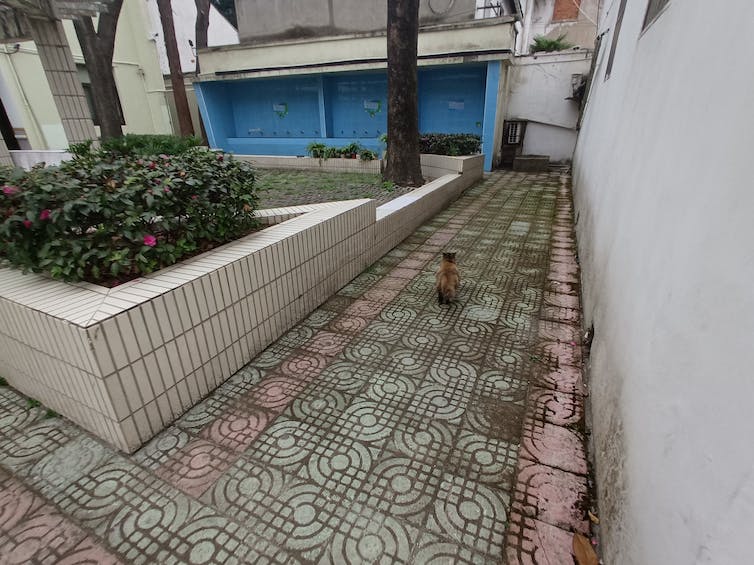 When this building at Da Tiejunong was a mosque, this was the ablution area| Photo: Alessandra Cappelletti

The structure of the main hall was like a large lecture place, containing – as the local historical records report – a ginkgo wood horizontal plaque written in calligraphy by master Yu Yue. Because many Muslim jade workers had businesses in the same district, donations made the mosque the most prosperous in the whole of China. And, in the 1920s, a school teaching Islamic and Confucian texts was opened there.

Many of the mosques had affiliated schools teaching the Arabic language and Islamic writings to the children of the Muslim communities. Suzhou is one of the first cultural centres where Islamic scriptures were published in the Chinese language. Translations from Persian into Chinese were made by the 16th-century Suzhou scholars, Zhang Zhong and Zhou Shiqi, making the city an early hub of Islamic intellectual culture.

But it was an Islamic hub hybridised in its Chinese context, a process described in Jonathan Lipman’s book, Familiar Strangers: A History of Muslims in Northwest China. Islamic texts were taught alongside Confucian ones, giving birth to an eclectic corpus of Islamic writings.

The oldest Suzhou mosque, Xiguan, takes its name from the adjacent Xiguan bridge in the centre of the old city. It was built in the 13th century during the Yuan dynasty, probably financed by the prominent Muslim Sayyid family, and its influential Yunnan’s provincial governor, Sayyid Ajall Shams al-Din Omar al-Bukhari (1211–1279).

The mosque was later incorporated into a government building during the Ming dynasty, so only written accounts remain of its existence in local Chinese records. This suggests – and it is already a well-known historical assessment – that the Yuan dynasty favoured Muslims from Central Asia in its administration and government service. This significant population group was much later, in the 1950s, classified within China as the Hui minority and constitute about half of China’s Muslims today.

Traces of the past

The Cultural Revolution effectively banned Islam in China, as religions of any kind were considered tools to oppress and silence the peoples’ needs.

As a result, little remains of these religious buildings today. But the traces that do still exist – a door, a stone, the structure of the façade, or simply a known address, written in an archive – are symbolic representations of a past life. These are clues to the diverse social context and spiritual geography that these places inspired and were part of.

As the American sinologist, Frederick Mote – a professor of history at Princeton University – argued, Suzhou’s past is embodied in words, not stones, and the fragments of Suzhou Islamic communities can be pieced together with the help of historical written records. These records of a diverse past are equally important to the future in a country where religions – every religion – are strictly controlled by the state due to what the authorities consider as their potential destabilising political powers.

The recent reports of efforts of ideological re-education performed by local authorities towards the Uighur population in north-western China make the situation even more complex and worth further observation and research.

This article is republished from The Conversation under a Creative Commons license. Read the original article.

Features
ChinesejoinerybecomesAucklandart
Traditional Chinese building techniques and New Zealand's Covid curve are woven together in an Artweek exhibition in Auckland this week. More >
by 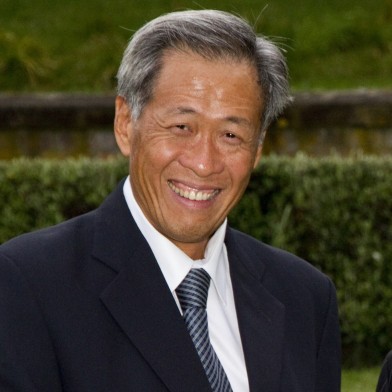