In 2023, Lunar New Year begins on Sunday, January 22 and ends on Sunday, February 5. In China, this is a 15-day span that lasts from the new moon to the next full moon. The first day of the festival is called Spring Festival, and the final day is the Lantern Festival.

Additionally, each country has its own name for Lunar New Year. In South Korea, for example, it’s Seollal. In Vietnam it is called Tết, short for Tết Nguyên Đán. 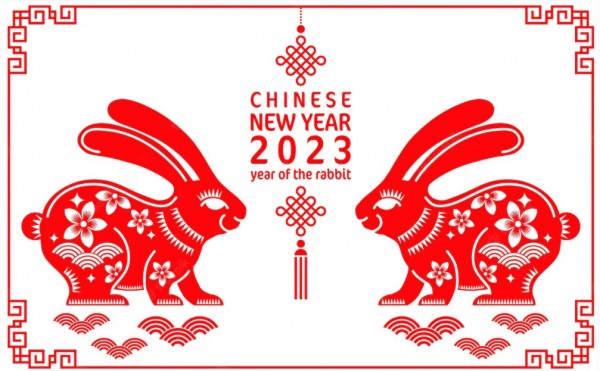 According to Chinese astrology, rabbits ­– and therefore humans born in this year – are predicted to be gentle, quiet, elegant and alert. They’re also supposedly quick, skilful, kind, and patient.

The mythology of the rabbit is summarised by ChineseNewYear.net. “The Rabbit is the fourth of all zodiac animals. Legend has it the Rabbit was proud—arrogant even—of its speed. He was neighbours with Ox and always made fun of how slow Ox was.

“One day, the Jade Emperor said the zodiac order would be decided by the order in which the animals arrived at his party. Rabbit set off at daybreak. But when he got there, no other animals were in sight. Thinking that he would obviously be first, he went off to the side and napped. However, when he woke up, three other animals had already arrived. One of them was the Ox he had always looked down upon.”

It is thought that men born in the Year of the Rabbit are extraordinarily polite and do whatever they can to avoid conflicts, while woman born in this year love being social and are thoughtful and extremely polite too. A desire to avoid confrontation throughout life is said to be salient.

When it comes to relationships, both romantic and platonic, rabbits are most compatible with dogs, pigs, and goats from the Chinese Zodiac. They’re apparently least compatible with roosters, dragons, and rats.

Naturally rooted in superstition, lucky colours for rabbits are red, pink, blue, and purple, while lucky numbers are 3, 4 and 9. Unlucky colours are brown, grey, and white, and the numbers 5 and 11.

Rabbits are reported attracted to creative jobs with wide social networks. They are good at observation and tasks that require fine detail. Industries such as art, music, architecture, as well at networking-based jobs such as in public relations, may be ideal fields to work in.

On the downside, rabbits are said to experience insecurity. They may suffer from anxiety and depression. They may also have a problematic relationship with food and struggle to maintain a balanced diet because they eat too much or too little. 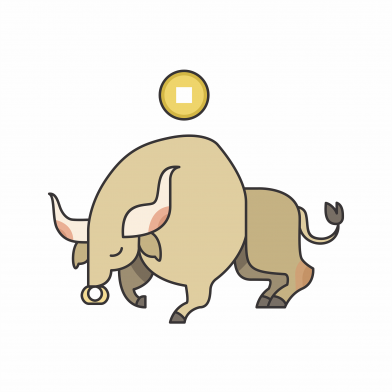 Features
UnderstandingtheChinesezodiac
A quarter of the global population is influenced by the Chinese zodiac, so it is a good idea to understand the cultural relevance of the system. More >
by Lee Seabrook-Suckling