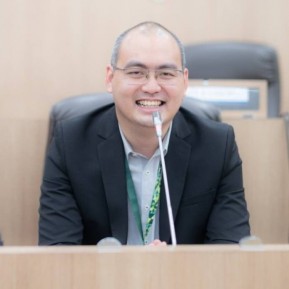 Who are the main players in the upcoming Thai election? Purawich Watanasukh gives the Asia Media Centre an overview of the parties.

The third iteration of former prime minister Thaksin Shinawatra’s main political party, which has won every election since 2001. It has a strong support base in the north and northeast, and is tipped by many polls to win the election. Yet even if Pheu Thai wins a majority of seats in the House of Representatives, it may not be able to form a government and nominate a new prime minister. The main obstacle is the power of the 250 junta-appointed senators who can vote for the prime minister. Pheu Thai nominated three prime ministerial candidates, including Sudarat Keyuraphan (former Bangkok MP and public health and agriculture minister), Chadchart Sittipunt (former transport minister), and Chaikasem Nitisiri (former attorney-general and justice minister).

Formed to support the junta, the party is led by four former cabinet ministers from the current government. Junta leader and prime minister Prayut Chan-ocha is the party’s only prime ministerial candidate. Phalang Pracharat was heavily criticised for bringing in popular politicians from other existing political parties in its bid to win seats and secure the premiership for Prayut.

A newly-formed party led by Suthep Thaugsuban. Suthep was involved in the violent crackdown on pro-Thaksin Red Shirts protesters in 2010 in his former role as deputy prime minister in the Abhisit government (2008-2011). After resigning in 2013, he led protests against Yingluck Shinawatra’s government until the 2014 military coup toppled her administration. ACT Party has shown its support for Prayut to remain prime minister after the election.

A conservative-royalist party led by former prime minister Abhisit Vejjajiva (2008-2011). The Democrat Party has a strong support base in Bangkok and the south, but hasn’t won an election for almost three decades. In the last four elections, Democrats were the second largest party and major opposition to Thaksin. The party is unlikely to join Pheu Thai in coalition, as it remains opposed to Thaksin. Recently, its party leader Abhisit also stated that he will not support Prayut to retain a premiership.

A first-time party led by billionaire Thanathorn Jeungrungreungkit, a 40-year-old former vice president of Thailand’s largest auto parts manufacturer. Thanathorn is regarded as a rising political star and popular among young voters due to his visionary thinking and charismatic leadership. Founded in 2018, the party has proposed various progressive policies that created heated debate, such as military reform, abolishing the current constitution, and state welfare.

Another new party, led by former police chief Seripisut Temiyavet. Seripisut has a reputation as an aggressive policeman tackling crime and corruption. He has been a staunch critic of the military junta over the last five years. In a direct attack on the military, the party proposed policies on military reform, including reducing the military’s budget and moving army bases outside Bangkok.

Led by Anutin Charnvirakul, a 52-year-old former president of one of Thailand’s largest construction companies. Bhumjaithai has a secure network mainly in the northeast. Bhumjaithai is regarded as a medium-sized party that may benefit from the new constitutional rules and determine government formation.

Founded by former premier Banharn Silpa-archa, the party is now led by his daughter Kanchana Silpa-archa. The party has a strong support base in central Thailand, particularly Banharn’s home province of Suphanburi. Chart Thai Pattana is another medium-sized party which may determine a government, and also had a record as a coalition partner in previous governments.

Widely regarded as a ‘backup’ party for Pheu Thai. On February 8, 2019, it made a shock move after it nominated former Princess Ubolratana, King Bhumibol’s eldest daughter and sister of the current King Vajiralongkorn, as the party’s prime ministerial candidate. However, the royal command was later issued on that night, stating that it is inappropriate for a royal family to involve in politics. The Election Commission subsequently disqualified Ubolratana’s candidacy. On March 7, 2019, Thai Raksa Chart was dissolved by the Constitutional Court. All of the party's 14 executives are banned from politics for ten years. Thai Raksa Chart’s dissolution marked a critical point before the election as there will be no candidates from the party in 150 constituencies nationwide. Therefore, it has opened a possibility for other parties, particularly Future Forward, to get more votes in those constituencies and increase their share of seats in parliament.