OPINION: Midday on 8 July 2022, Abe Shinzo, former Prime Minister of Japan, was shot twice from behind while campaigning for the upcoming election.

Mr Abe was on stage, speaking powerfully to the crowds to vote for the LDP, which would hold the majority of seats in both Houses of Parliament if they could win.

Who could have imagined the life of undoubtedly one of the most influential political leaders, who became the longest serving prime minister in the history of the country would end in such a way?

Perhaps, even the assassin himself might have not been sure if he could complete his mission with his hand-made gun, which he made by reading online instructions in his tiny one-room apartment.

I study and teach the history of modern Japan and East Asia. So, I think I understand the value of democracy in this country for which numerous lives of Japanese, and non-Japanese, citizens have been sacrificed in the past. I do not in any way support this act of terror that occurred in the middle of the national election campaign in my country.

However, we must recognise that even in Japan, which is famous for its low level of crime, the assassination of high-profile politicians and other acts of terror have happened at some turning points of Japanese political history.

One of the well-known cases in Japan is ItōHirobumi, a founding father of modern Japan, who ascended from an indigent low-ranked samurai to become the first Prime Minister of the country. In 1909, An Jung-Geun, a Korean pro-independence activist, killed Itō by shooting him at Harbin Station on the eve of Japan’s annexation of the Joseon Korea.

Also, in 1932 and 1936, young military officers, many of whom were from impoverished backgrounds, killed a number of national leaders who they saw as the cause of corruption to renew the national politics. In 1960, the high time of the Cold War, a right-wing activist stabbed the General Secretary of Japan Socialist Party, Asanuma Inejirō, to death.

These are only a few notable cases among many others, including failed attempts, and whether we support it or not, it is an undeniable fact that targeted attacks of violence on the national leaders have occurred at the historical turning points in Japan.

Despite that, the assassination of Mr Abe still appears exceptional. Apparently, the shooter, Yamagami Tetsuya, a 41-year-old man, assassinated Mr Abe not for political ideals but due to a personal grudge he held. He allegedly shot Mr Abe because of Abe’s personal relationship with a major new religious organisation, the Unification Church.

Yamagami’s family lost everything they had to this religious organisation since Yamagami’s mother sold land, house, and other belongings to make donations to the Church. As a result, the family went bankrupt and Yamagami’s older sibling took his own life. In response to the great loss he had suffered, Yamagami, a previously cheerful and academically high achieving boy, decided allegedly about twenty years ago, to take revenge against ‘the cause’ of the problem.

The target he eventually chose was Abe.

“Should this event be called terrorism?” asked Kang Sang Jung, a renowned professor of political philosophy and a harsh critic of the Abe administration. He raised this question precisely because of the absence of any political intention within Yamagami. “This is terrorism”, said Morita Minoru, a famous veteran political journalist.

The reason Morita calls this terrorism is that he saw Yamagami’s assassination of Abe as a symbolic event that occurred as a result of the widening gap of wealth between the “haves” and “have nots”, which he calls “the despairing society”.

If this is an act of terror committed by a “lone wolf” who had nothing to lose except for his life, it is crucial to squarely address the causes of this “despair” felt by individuals, such as the ever-growing low wage contract and casual workers, which has been doubled for the last thirty years, or the period called “lost three decades”, and the vulnerability of those workers as they often suffer from the lack of effective social safety net and supporting communities.

I would argue that tackling those issues is imperative, and this must be prioritised more than anything else, including holding a state funeral for Mr Abe, if the leaders and policymakers are determined not to repeat the recent tragedy. 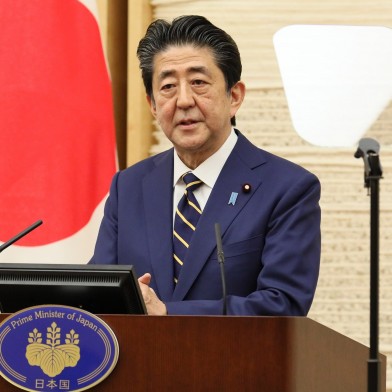 News
Ex-JapanPMShinzoAbedeadafterattack
Former Japan Prime Minister Shinzo Abe was shot during a campaign speech near Osaka on Friday. More >
by 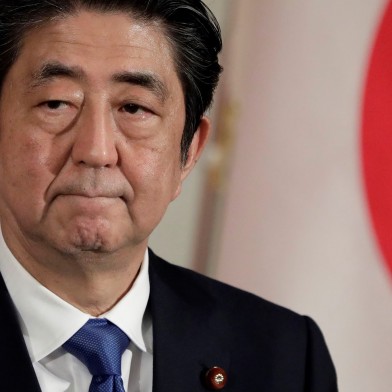 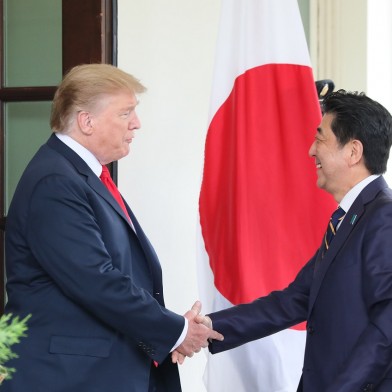 Features
AbasicguidetousingAsiannames
Japan’s foreign minister has called on overseas media to refer to the country’s prime minister as “Abe Shinzo”, instead of “Shinzo Abe”. More >
by