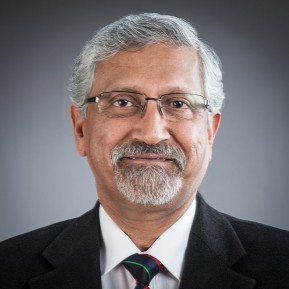 Sekhar Bandyopadhyay's primary research interest is in the history of nationalism and caste system in colonial and post-colonial India.

Since 2012, Professor Sekhar Bandyopadhyay has worked to build bridges between New Zealand and India in his role as director of the New Zealand India Research Institute (NZIRI) , at Victoria University in Wellington.

The institute’s research is invaluable to policymakers and academics looking at the development of ties between the countries, and where the relationship is heading in the coming decades.

Professor Bandyopadhyay recently stepped back from his position as director at the NZIRI, and sat down with the AMC to discuss the developing India-NZ relationship.

Do New Zealanders know enough about India, and how well do you think the Kiwi population understands modern India?

I do not think New Zealanders have a proper understanding of modern India because mainstream media do not give much space to Indian affairs, and they are more attracted to negative news. There are other factors too that complicate the situation.  The India that exists in popular perceptions of average New Zealanders has in recent years changed significantly, and I suspect there is not enough awareness of that.

How can we best address a lack of understanding?

We need more informed and critical discussion of India in the public space, and that discussion should be made easily accessible to ordinary New Zealanders.  It may happen in the media space, both mainstream as well as specialised.

But equally important are public discussion forums where knowledgeable experts can provide their independent, unbiased views on important and sensitive issues, based on their research, backed by experience in India studies. It is important, because we should also be careful about false narratives, fabricated histories, fake news and cooked up statistics that are being constantly disseminated through misinformation campaigns.

New Zealand’s relationship with India has to some extent been focused around trade, and officials have spent a long time attempting to secure a Free Trade Agreement without success – what do you see as the central issue preventing an FTA ?

There are many reasons for this stalemate on FTA. First of all, it is well known that economic nationalism is still a very powerful political force in India. Within the ruling party as well as in opposition parties, there are powerful lobbies which still prefer protectionism. Then there is the interest of the indigenous  business houses that are not comfortable about global competition.

Indian policy makers think that India has always had an adverse balance of trade with the countries she had FTA's with. They also feel that in such trade agreements they do not always get a fair deal when it comes to balancing between commodity trade and service trade.

Can New Zealand improve its relationship with India by sending more politicians and business leaders on trips there?

High profile political visits always help, and what is also important is the frequency of visits.

Momentum generated by one visit gets lost if there is a long gap between two visits or if there are no follow up actions.

New Delhi is frequently visited by dignitaries from great powers, and New Zealand needs to keep up with that flow to remain on the radar of the Government of India. In addition to business leaders, New Zealand should also send cultural and educational delegations.

In what way do you think NZ’s strategy towards India has to change post-Covid?

In the coming years New Zealand’s relationship with India needs to move beyond its erstwhile predominantly economic focus. The Indian diaspora is going to be more important for bilateral relations, and in the post-Covid period the diaspora will have a few pressing problems which should be immediately addressed.

One of them is immigration, particularly relating to rules concerning short term work visa holders, and their spouses and dependent families who are now stuck overseas. India is emerging as one of the main sources of international students and I believe visa processes for them should be streamlined.

New Zealand also needs to refocus its education marketing strategy, projecting NZ as a provider of world class education. NZ tertiary degrees should not be seen as just pathways to immigration.

What else besides trade is important?

In addition to trade and investment, New Zealand-India relations should focus on wider cultural and educational exchanges, which may include mutual visits by musicians, dancers, painters, literary personalities, film directors and technicians of the two countries.

It may also include scientific research collaboration and exchange of technological expertise in areas of mutual interests, like agriculture, cold storage or climate change.

The recently established New Zealand Centre at the Indian Institute of Technology in Delhi can be of help here. Sporting relations could be expanded beyond cricket. This people-to-people contact should become the main plank of future NZ-India relations.

Finally, it is time to reiterate that New Zealand believes in value based foreign policy. We should communicate more clearly our preference for values such as respect for human rights, minority rights, gender equality, rule of law, integrity of democratic institutions and so on. The relationship between the two countries should develop around mutual respect for such values, and when necessary, tough questions should be asked.

What is the background to the NZ-India Research Institute – why was it set up and what has been its core business?

Following the NZ Prime Ministerial visit to India in 2011, an India New Zealand Education Council was formed to promote educational linkages. As a part of that programme, in October 2012 the New Zealand India Research Institute (NZIRI) was established in Victoria University of Wellington. It was supposed to function as a consortium of scholars in seven NZ universities.

The goals of the Institute were to promote and facilitate research on India and NZ-India relations. It aims to increase visibility of India related research done in NZ, promote postgraduate studies on India in NZ universities, facilitate academic exchanges between India scholars in NZ, India and other parts of the world, contribute to academic capacity building in NZ and India, and engage with NZ government, business and community organisations on India-related policy matters.

Until now the focus of the NZIRI has been to foster research on India in Humanities and Social Science areas; it should now be expanded to Science and Engineering research. The NZIRI should continue to perform its three roles: support cutting edge academic research on India, foster NZ-India relations and raise public awareness of modern India.

What are your immediate plans after stepping back from your role at the Institute?

I will focus on writing and public speaking on India, NZ-India relations and the Kiwi-Indian diaspora.