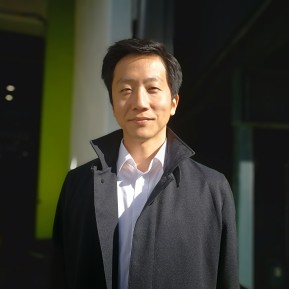 Around the world, countries have taken up the debate over statues and monuments marking the often violent influential role of colonising and invading powers, and the trail of damage left in their wake across the decades and centuries. In Japan, the past has been the subject of controversy, with many Japanese wanting the country to move on from the horrors of the last century, while others are determined that they never be forgotten.

Victoria University of Wellington's Dr Shin Takahashi takes a closer look at the current debate in the Japanese context.

Commemorating our past in public is necessary, even if sometimes it was a traumatic past that we wish to turn away from.

I’m not talking about New Zealand or the United States, but Japan, my area of expertise.

As in many other countries, Japan has unresolved and complex issues in its history, nowhere more so than in its wartime aggressions in Asia and the Pacific.

Especially concerning are the forcible mobilisation of labourers from Korea, China and former European territories in the region, who included civilians, both men and women, and prisoners of war, some of them New Zealanders.

More than seven decades since the end of the Second World War, it remains difficult to seek historical ‘truth’ and find justice.

In the last 20 years, Japan has experienced a so-called ‘history war’ as have some other countries.

Commemorating ‘our past’ has divided rather than unified the community.

In today’s raucous debate over statues and memorials, history and memory, what can the Japanese experience offer?

The 23rd of June is the "Day of Commemoration" in Okinawa, a small island in south of Japan.

It's the day when the Japanese fight against Allied forces ended with the death of General Usijima Mitsuru, the Commander of Japan’s 32nd Army in 1945. 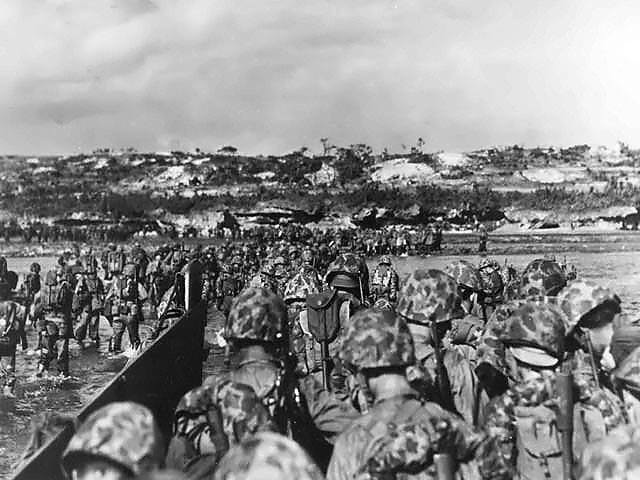 US troops go ashore on Okinawa April 1945/ photo US archives

Over 200,000 died during the Battle of Okinawa, making it one of the bloodiest of the Asia-Pacific War.

About half of the casualties were civilians.

One quarter of the local population was killed, many taking their own lives, and for many Okinawans, June 23 is one of the most important days of the year.

Seventy-five years have passed, but the wounds and trauma still haunt Okinawa, and the day remains so significant that Japanese government requests to Okinawans to stay at home due to COVID-19 had little impact in stopping them turning out to commemorate the dead.

Commemoration is one of the oldest and most common ways to communicate with the past in human history.

Gianbatista Vico, an early modern philosopher, said the notion of ‘human’ originates from a Latin word, "humare", which means ‘to bury’.

This act of externalizing and recalling the deaths of other humans has been an essential communal act that embodies peoples’ affinity to a particular time and place, and to reinstate the meaning of the living.

In Okinawa, there are hundreds of public and private commemoration sites, with the one at the top of the Hill of Mabuni being perhaps the best-known.

This national memorial spreads over 5,000 hectares, and was built on the site of the last major battle on the island. 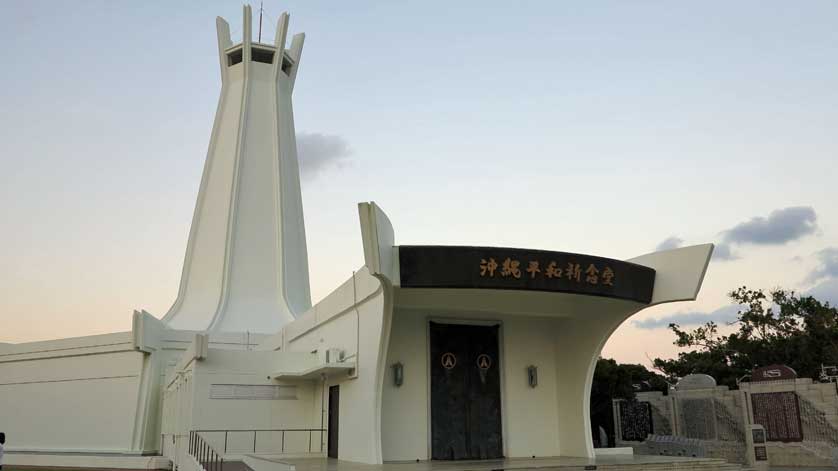 Today, there are over 100 different monuments at the site, including a park with numerous black stone walls on which the names of the 200,000 lost are inscribed. They include not only Japanese soldiers and Okinawan civilians but also Americans, British, Koreans (of North and South), and Taiwanese. The number is still increasing today as the excavation of remains continues.

If commemoration was only about remembering the lives of ancestors and the fellow community members, how can we explain the nature of places like Mabuni, which is visited by people from around the globe?

Like the Douaumont Ossuary in Verdan in France, what overwhelms at Mabuni is the force of the past, which compels us to consider a simple yet profound question on humanity: Who were ‘we’ who have made this happen? 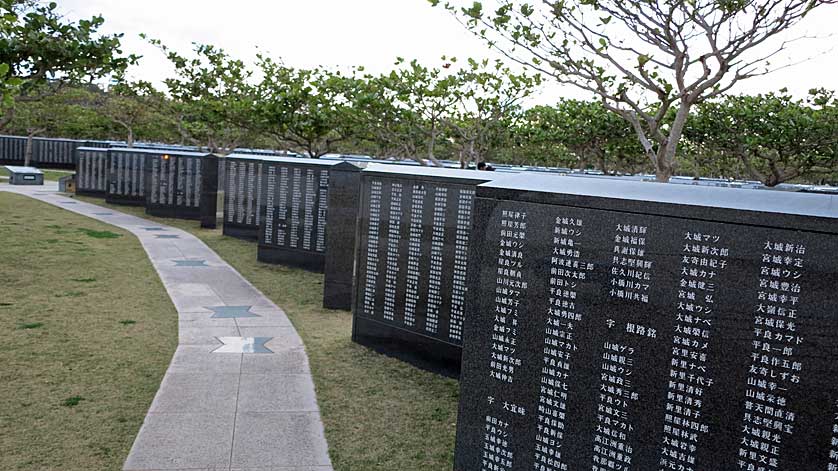 The scope of the ‘we-ness’ felt in Mabuni goes beyond the boundaries of race and nationality, or friends and foes, because it concerns the descendants of all nations involved in this atrocity.

In this sense, places like Mabuni ask for the making of an ethical ground upon which to strive for the betterment of all humanity, regardless of nationality.

It is important to add, however, that this message of universal pacificism in Okinawa has not been immune to controversy.

Rather, the idea remains disputed even today at various communal levels.

In the past, bereaved families have refused to have the names of their lost family members inscribed. In other cases, civic groups have opposed the commemoration of people from the former colonial territories. 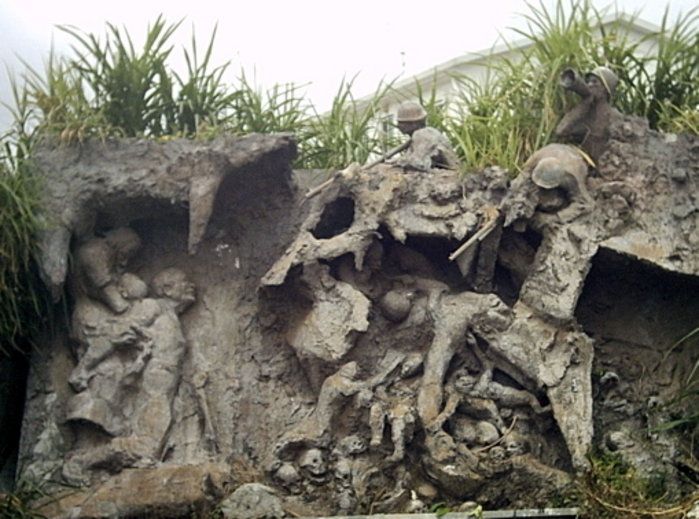 Okinawa is a key place where the burden of the past is starkly visible, and local sentiments towards mainland Japan and the United States are, very understandably, often contradictory.

Nevertheless, as a historian who has looked closely at and been involved in Okinawa’s struggle to preserve an accurate and truthful history, I would argue that the wounds of history have created a distinctively powerful local political culture.

Currently around half the 50,000 US troops in Japan call Okinawa home, but Okinawans’ have held to a philosophy of absolute pacifism amid a seven-decade long history of protest against Okinawa’s subordination as ‘America’s military colony’.

Today, we tend to think that it is the living who decide the meaning of the dead, but our interactions with the past are more dynamic.

Sometimes it is the dead who move the living. 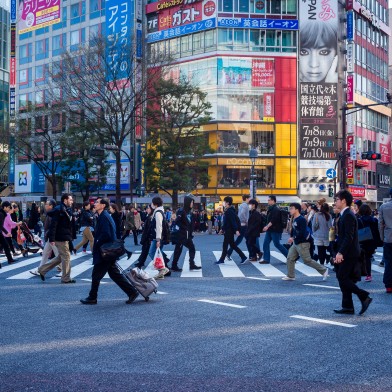 Features
KiwisdoingbusinessinJapan
Starting up a business in Japan is tough — but that hasn't deterred these savvy New Zealand expats.Tao Lin meets three Kiwis with unique businesses in Japan. More >
by Tao Lin 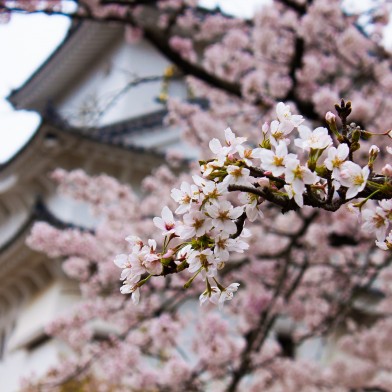 Features
AneweraforJapan-NZrelations
Former ambassador to Japan says New Zealand has the potential to build an even closer relationship with the country as it welcomes a new emperor and new era. More >
by Siobhan Downes