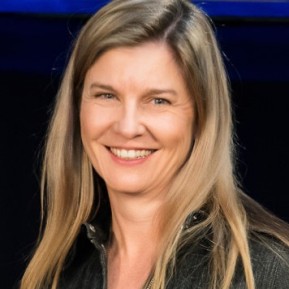 For two decades now, Indonesia has been held up as the shining example that Islam is compatible with democracy. But recent developments may impact on the nation’s commitment to unity in diversity, writes Sharyn Davies.

OPINION: With its thousands of languages and hundreds of cultural groups, Indonesia has long celebrated diversity.

After the downfall of Suharto and the coming of democracy to Indonesia in 1998, many progressive moves were made. Some of these moves sought to officially acknowledge the right of all Indonesians to enjoy the benefits of citizenship. For instance, Indonesia added a sixth religion – Confucianism – to the previously permitted five; an addition that was a significant symbolic and tangible move to afford Chinese-Indonesians with a legitimate space in the country.

But democracy and diversity are not passive partners; they challenge and seek to undermine each other at every step.

“Many of Indonesia’s minority groups are right now being targeted by violent conservatives and the law is failing to protect them.”
—

It is now 20 years that Indonesia has been counselling this marriage between democracy and diversity, and it appears we are witnessing the beginnings of a fiery divorce.

The children in the middle of this divorce, and those who will be irreparably harmed in the aftermath, are not just ‘diverse’ Indonesians but all Indonesians, and indeed the wider global community.

Indonesia is at the moment struggling with many of the freedoms democracy permits: Freedom of speech, freedom of association, freedom of religion.

Regulation is needed. Without regulation, freedom of speech can be overwhelmingly damaging. People end up believing they have the right to espouse hatred and vitriol without consequence.

But a good democracy permits freedom of speech only to the point that it does not impinge on the fundamental rights of others to live a safe and fulfilling life. Many of Indonesia’s minority groups are right now being targeted by violent conservatives and the law is failing to protect them.

Some parts of Indonesia have refused to recognise Confucianism as an official permitted religion. The imprisonment of former Jakarta Governor Basuki Tjahaja Purnama, better known as Ahok, for alleged blasphemy speaks to the ongoing tensions surrounding religion and ethnicity in Indonesia.

Moves are afoot to criminalise all sexual relationships outside marriage. Indonesia’s prisons are full enough – the last thing the country needs is a prison building boom to accommodation the hundreds of thousands of Indonesians who fancy a bit of foreplay outside a civilly-recognised marriage.

One of the great ironies of the current wave of repression against diverse Indonesians, especially repression perpetrated by those claiming to be acting in the name of Islam, is the failure to recognise that some parts of Indonesia became Muslim, rather than Christian, precisely because of the efforts of gender-diverse subjects who are now being made criminals.

In the 1500s, a Portuguese missionary by the name of Antonio de Paiva visited the archipelago. He went to extraordinary lengths to convert all the rulers of the region to Christianity. De Paiva thought the inhabitants of Sulawesi would be easily converted to Christianity because they ate pork – Islam, he assumed, would have no chance of success. But after months of heated persuasive efforts, de Paiva recorded his frustration. Transgender bissu shamans had managed to convince their king, and hence all of South Sulawesi, to convert to Islam.

The irony then that bissu promoted conversion to Islam, but that Islam is now being used to punish them shows how messed up the current regime of punitive surveillance is.

Indonesia is an amazing country full of fabulous people – I remain hopeful that the Indonesian administration steps up, protects all its citizens and facilitates a fruitful reunion between diversity and democracy.

Sharyn Davies is an Associate Professor at AUT. Views expressed are personal to the author.