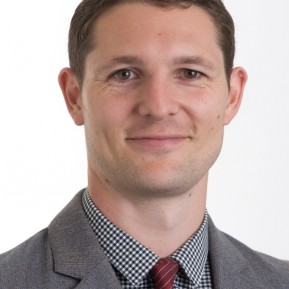 Adam McConnochie is Director Leadership and Entrepreneurship at the Asia New Zealand Foundation.

Asian ride-sharing apps are growing from strength to strength because of their ability to localise, writes Adam McConnochie.

OPINION: When Indian ride-share service Ola announced that it was coming to New Zealand, I was reminded of my visit to the princely Indian state of Mysore a couple of years ago.

I had downloaded the popular ride-sharing app ahead of my arrival. Using a smartphone to catch a rickshaw at a dusty railway station in an ancient Indian city seemed like a cliché of old meets new – but it was also a perfectly practical way of doing things.

Ola offers a variety of transport options – from a rickshaw, a motorbike to a plain old taxi – and unlike Uber, it doesn’t link to a credit card to pay. Instead, at the end of the ride the app notifies you of the cost and you pay the driver in cash. Ola launched in Australia in February and in the United Kingdom in August.

Cash payments are the norm for ride-sharing apps in much of South and Southeast Asia, whether it be Grab or Go-Jek in Southeast Asia, or Ola in India. This is the logical way to do it in countries where most people don’t have access to credit cards or bank accounts (“unbanked” in popular jargon). User-friendly apps enable passengers to avoid notoriously difficult taxi drivers.

This is one of the reasons why these companies have done well, often at the expense of Uber. In Southeast Asia, Go-Jek and Grab were responsible for almost half of the venture capital funding in 2017. They are arguably Southeast Asia’s most successful start-ups, valued at about US$4 billion and US$6 billion respectively. They are so successful that Uber has now exited Southeast Asia and China and is in protracted merger talks with Ola in India. Ola offers a variety of transport options from a rickshaw to a plain old taxi.

The success of Grab, Go-Jek and Ola

Uber’s failure in South and Southeast Asia can be attributed to a range of factors, but a common refrain from industry observers has been their inability to localise and compete with the local players. Grab, Go-Jek and Ola are all locally founded and managed companies (although the waves of venture capital that Go-Jek has raised recently have muddied the waters in that case) that were able to stay the course.

They have done this in a myriad of ways. Go-Jek used its initial capital raises to buy jackets, helmets and smartphones for its drivers, before branching out with creative additions such as Go-Food, Go-Massage, Go-Clean and Go-Box to leverage its platform.

On a recent visit to Singapore, I was told that while Uber had better customer service and its absence was missed by some, Grab had been far more successful at getting drivers on side.

Uber, when it did adjust, adjusted late and has done a similar route to other US start-ups (Square is a prominent one) that banked on the Silicon Valley mantra of “go fast and break things” instead of localising. This meant it was ill-equipped to deal with the regulatory challenges that inevitably come with doing business in Southeast Asia.

Given the significant bets that Grab and Go-Jek are putting on their respective digital wallets GrabPay and GoPay, their ability to deal with local regulators and compete with the big banks in the region becomes more important – and gives them a competitive advantage over outsiders. Many ride-sharing apps in Asia are locally founded and managed companies.

How will all this affect how Ola performs in New Zealand? If its start in Australia is anything to go by – in July it registered 1.5 million rides and has 40,000 drivers – it will do well.

Ola has indicated it will take less commission from its drivers than Uber does, and New Zealand consumers will judge it on ease of use, cost and customer service like any other company. However, given Ola’s success has been based on its local knowledge, it will be fascinating to see how it responds to the need to localise to the New Zealand market.

In the past, few brands from South or Southeast Asia have become household names internationally – but there are some early signs that may be changing.

For instance, Filipino restaurant brand Jollibee, Asia’s biggest fast-food chain, is about to open its first branch in London, having already spread across Asia, North America and the Middle East.

Two decades ago, most of us would have struggled to have named a company from China – today Huawei and Alibaba have become global brands. That change is often attributed to China’s “Great Firewall” enabling those companies to build up expertise and innovate in a competitor-free environment before they have launched offshore.

The question is, can South and Southeast Asian companies grow internationally in the same way?

Adam McConnochie is Programme Manager (Entrepreneurship and Leadership) at the Asia New Zealand Foundation. Views expressed are personal to the author. 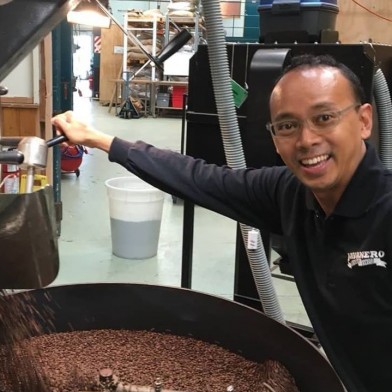