Who will be affected by the law?

The Hong Kong national security law made by the Standing Committee of the National People's Congress of the People’s Republic of China (PRC) has come into effect since it was promulgated on 30 June, the eve of the anniversary of Hong Kong’s handover to China. This law consists of 66 articles with a view to safeguarding the national security of China.

The PRC's Ministry of Foreign Affairs has reported that more than 50 countries welcomed the adoption of this Chinese law. However, more than 20 countries, many of which are Western democracies, urged the Chinese government to rethink the law. The Hong Kong national security law made by the Standing Committee of the National People's Congress of the People’s Republic of China (PRC) has come into effect. Photo: Wikimedia Commons

By enacting the Hong Kong national security law, the Chinese government is sending a strong signal to those who advocate for the independence of Hong Kong, Taiwan, Tibet, or Xinjiang that they will be arrested on charges of secession, subversion, terrorist activities, or collusion with a foreign country or “external elements”. In accordance with this new law, a person convicted of the gravest of these crimes shall be sentenced to life imprisonment.

This law affects not only Hong Kong residents but also non-residents who support the independence of Hong Kong, Taiwan, Tibet, or Xinjiang and who attempt to undermine the political system of the PRC and the power of the government in Hong Kong.

Individuals outside the mainland, Hong Kong, and Macau who travel to Hong Kong, Macau, and mainland China or transit through Hong Kong or Macau will be arrested when the Chinese government finds that they are for secessionist activities against the PRC and the government of the Hong Kong Special Administration Region or that they provoke by unlawful means hatred among Hong Kong residents towards the PRC or the government of Hong Kong.

What are the unlawful means? It is vague. There are no interpretations offered by the Chinese government.

Like other Chinese laws, there are ambiguities concerning the boundaries between legitimate freedoms (freedom of thought and expression, freedom of peaceful assembly etc.) and crimes such as secession, subversion, and collusion. The Chinese government has not offered interpretations of what "unlawful means" could refer to in its new national security law. Photo: Tommy Walker

It is certain that explicit expression of Hong Kong independence is an offence. This does not mean that only explicit expression constitutes a criminal offence. There are uncertainties. For instance, there is a risk that you may be arrested or detained if you are supportive for a pro-democracy movement in Hong Kong. As long as the Chinese government judges that the pro-democracy movement aims to commit secession or undermine national unification, supporters and participants of the movement would be guilty.

The Chinese government is conveying to the world that any individual, institution, organisation or government needs to consider the Hong Kong national security law before stating or doing something about Hong Kong, Taiwan, Tibet, or Xinjiang. For many Western democracies, this Chinese law means that freedom of speech has been considerably restricted as regards the legal and political status of Hong Kong, Taiwan, Tibet or Xinjiang.

From the viewpoint of the Democratic Progressive Party (DPP), the ruling party in Taiwan, this law demonstrates that the Chinese government has changed “one country, two systems” into “one country, one system”.

Taiwanese commentators and politicians who are sympathetic towards the Kuomintang (one of the opposition parties) have a different opinion. Jaw Shaw-kong (趙少康), a media celebrity, who had an affiliation with the Kuomintang before 1993, holds that the national security law definitely changes the status of Hong Kong and the end result is neither  “one country, two systems” nor “one country, one system”; at the moment, it is something between the two.

Whether the constitutional principle has been changed into “one country, one system” is open to debate.

It is clear that the principle of autonomy has been compromised in the legal sense. Under some conditions, the national security law will override the Basic Law of the Hong Kong Special Administration Region. The new national security law can override some aspects of the Basic Law of the Hong Kong SAR
Photo: Tommy Walker

Second, when there is a conflict between the national security law and the local laws of the Hong Kong Special Administrative Region, the national security law shall prevail (Article 62).  It implies that under the circumstances as is specified in Article 55 and Article 62, the mainland may have jurisdiction over crimes of secession, subversion, terrorist activities, and collusion. Otherwise, it is Hong Kong that shall have jurisdiction over the criminal offences.

The constitutional principle of “one country, two systems” was originally proposed by the Chinese leader Deng Xiaoping to solve the political differences between mainland China and Taiwan so that Taiwan could be reunified with the PRC.

Therefore, the current government of Taiwan closely examines the national security law. This law has made the DPP more hostile towards mainland China. Under the leadership of the Taiwanese president Tsai Ing-Wen (the Chairperson of the DPP), Taiwan is highly likely to adopt foreign policies that seek to enhance its ties and cooperation with the USA in the next few years at least until 2024. These policies on the part of Taiwan would further aggravate an already tense relationship between China and the USA if the USA decides to provide aid to the DPP.

The most important act that provides the military responsibilities of the USA is the Taiwan Relations Act which has been enacted since April 1979.

This Act, however, does not guarantee the USA will intervene militarily if the PRC attacks or invades Taiwan nor does it relinquish it. According to the act, “the United States will make available to Taiwan such defense articles and defense services in such quantity as may be necessary to enable Taiwan to maintain a sufficient self-defense capabilities” (Section 3 of the Taiwan Relations Act). Concerning the issue of the nature and quantity of defense services that America will provide to Taiwan, it is to be determined by the President and Congress.

Once the USA fails to do something to help the DPP, the DPP will need to address the pressure from its people and the opposition parties who may demand a friendly policy towards mainland China without undermining the democratic system of Taiwan. This is difficult, if not impossible. 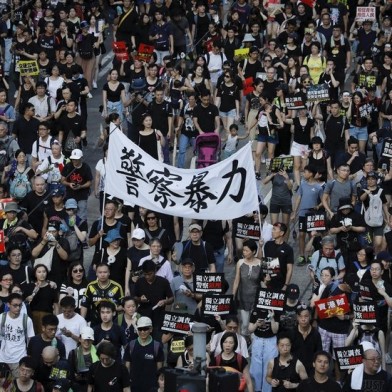 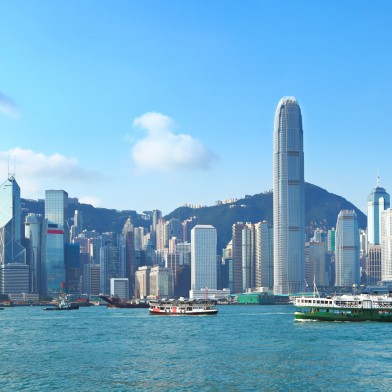 Opinion & Analysis
HowHKprotestsareaffectingNZ
Should NZ be concerned about the impact of the pro-democracy protests from an economic viewpoint, or does the situation there represent an opportunity? More >
by Andrew Sayers